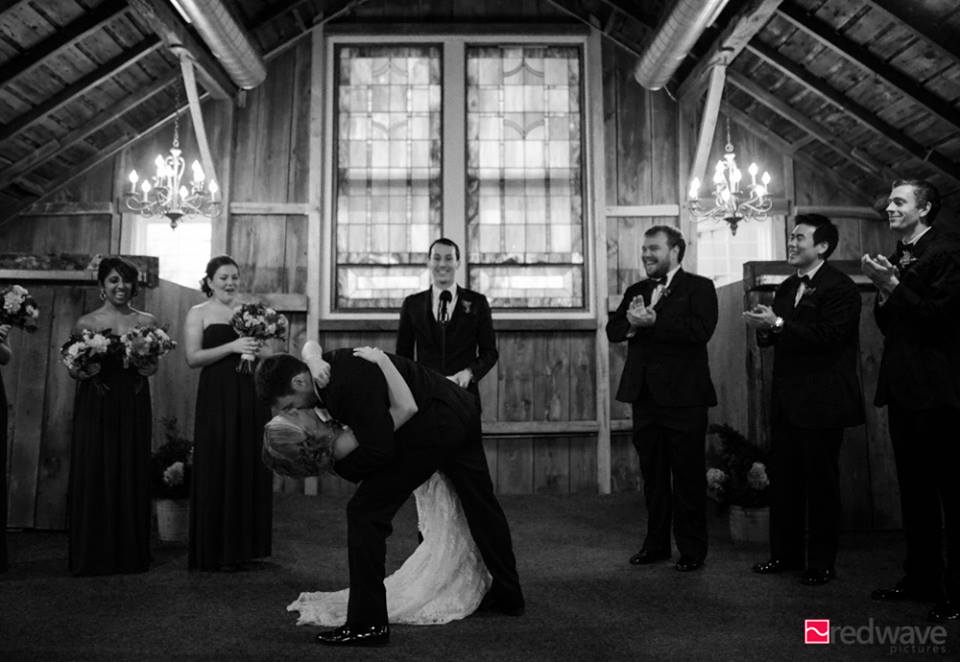 Our wedding day was perfect for the two of us. We heard several comments of “Finally!” when we announced a date this fall, and several times at the reception itself. These outbursts were not necessarily due to the fact that we had been dating or engaged for a ridiculous amount of time, but more so that we had been engaged for 8 months and hadn’t put one ounce of effort into planning our wedding. This, however, was due largely to two things: Vesper hates planning, and while I consider myself the queen bee of planning, hated my job and the last thing I wanted to do on my weekends was do more “work.” So, really, we’re both to blame.

In July, I hit my 5 years at work, and we went on a glorious month-long sabbatical that my company provides a stipend for if you hit that milestone (more on that in another post). We hit up Belgium, Spain, Turkey, and Greece, and we often joked about how funny it would be if we just eloped while we there and didn’t have to do any of the wedding planning our parents and friends kept nagging us about. After a relaxing month, we came home and I put my notice in. We had spent the sabbatical planning our future: a national park road trip that fall, going to Hawaii to visit Vesper’s cousins, and then traveling the world for a year! And, oh yeah, we should probably plan that wedding sometime.

Our biggest problem with the wedding was venue: our family was pretty scattered across the US, so where should we have it? Do we do a destination wedding? How much of a pain would that be to plan from far away? Would we be able to invite all of the people we wanted there for our big day? After receiving several pathetic texts bemoaning various venue options, one of our closest friends (and soon-to-be-bridesmaid) finally snapped at me: “Just find a barn in Wisconsin!” There may have been an additional expletive or two in her scolding, but I did what she said and googled “wedding barn Wisconsin.” The first hit was a place 30 minutes north of Madison called The Barn at Harvest Moon Pond, which coincidentally had a cancellation for December 5 - aka my brother’s 25th birthday.

The events after that involved a quick call to my brother asking how he’d feel if we were to get married on his birthday (“haha ok, that’s cool”), and then telling Vesper that I’d found a potential venue and he needed to go see it ASAP since I was away on a work trip. Being the awesome person he is, Vesper went to the barn and took a million pictures for me, even scheduling another visit for the following week for me to come back after my trip. Then he was the literal worst (love him!) and didn’t tell me whether he liked it or not because he didn’t want to ruin my impression. Little did he know that I had already decided this was the venue (I did a LOT of googling weddings from there and thought it was great) and his going there was a test to see if he liked it!

Long story short: we went back, it was amazing, and we signed the contract right there. Another added bonus? The owners are also amazing, and the four of us were entirely on the same page about how to throw a low-key (but super fun) wedding. Since it was December, the barn had garland and a tree set up for the holidays, so we had minimal decorations needed - perfect! Instead of spending time pintristing and hot glue gunning (ugh), we spent our time personalizing the wedding by recruiting friends to brew beer for the bar and made scrapbooks of our previous travels to showcase what we love doing/are going to continue doing post-wedding. It took us less than 45 minutes to set up for the wedding Saturday morning, which was perfect… especially since the rehearsal dinner had gone quite late the night before!

With our best friends by our side - plus one marrying us! - we had a ceremony that was “so us” according to anyone we spoke to afterward. Apparently “so us” involves: lots of laughing and making faces when we couldn’t quite remember the vows we had memorized, people drinking homebrew during the ceremony (we didn’t realize the bar had already opened!), my MOH pulling tissues out her dress when I started crying, and Vesper not being able to get my ring on. All of that clocking in at under 6 minutes (someone timed us). It was perfect.