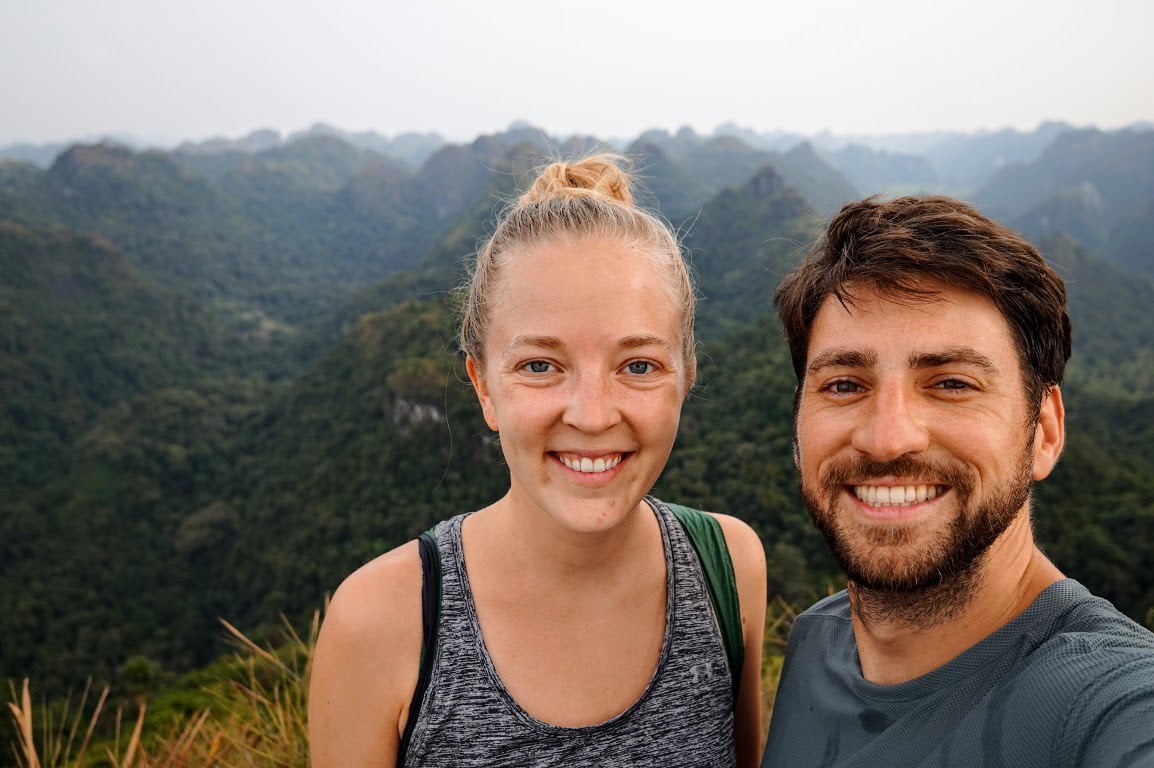 It’s awesome to say that we’ve officially been traveling for over a year! We spent it learning about other people and places, and we learned a few things about ourselves too.

We are comfortable ordering food pretty much anywhere in any language, even if it involves pantomiming. We have become more adventurous eaters, often going out of our way to find the better, cheaper local food. When the little old lady shakes her head and points to something else on the menu, don’t ask questions - it’s going to be delicious! We can figure out any toilet or shower, even the ones that electrocute you. Living out of one daypack and backpack per person has taught us to be minimalists. Everything we need for all four seasons, rain or shine, is in those bags. There are things we miss every now and then, but for the most part it’s pretty liberating not being constantly concerned with stuff. These might sound basic, but they were not at first. They took practice, patience, and a lot of good humor.

Apart from learning about ourselves, we’ve also learned a lot about the world and the people we share it with. Lesson one? The world isn’t a big scary place, and most people are genuinely friendly. Sure, you can find dangerous parts in any city or country, but be smart! Do your research, keep your head up, and trust your instincts. There have been numerous times when our parents were concerned about our safety - Columbia (you’ll get mugged!), Rio (you’ll get Zika!), India (you’ll get raped!) - but there hasn’t been one instance in which we’ve felt unsafe. Yes, there will be times when you’ll be ripped off or you run into the occasional jerk, but most people are happy to help if you ask for it. Don’t be afraid to ask! You might even learn a few things or get invited to share a beer.

We’ve also learned that long-term traveling isn’t as expensive as you might think. “How much did you save up?” is one of the top questions we’re asked. The answer? That doesn’t matter! Traveling is much cheaper than people assume because you aren’t vacationing. You aren’t staying in the luxury, five-star hotels or eating at the #1 rated Trip Advisor restaurant every night. You’re staying in hostels that can be as cheap as $2/night (and include breakfast!) or staying at a private room in an Airbnb and living with a family. You’re eating whatever the native foods are and sitting on plastic stools in market stalls elbow-to-elbow with locals. Yes, you’ll splurge on Western food every now and then because hello: pizza! But for the most part, travel is about experiencing how people actually live in the area you’re visiting.

Finally, do we have any regrets? Hell nah! Well ok maybe we should have skipped a few things, but those were learning experiences and for the most part we’ve been pretty smart in our research and doing things we actually want to do. We’ve had several people ask us if we worry about finding jobs when we come back home since we’ll have a gap in our employment. The way we see it, we’ve been gaining experiences that working a 9-to-5 wouldn’t ever be able to provide.

And now for some stats!

Thanks for following along with us on this amazing year long adventure. We thought this traveling thing was going to get old, but it definitely hasn’t. And don’t worry! We’ll come back someday, just not today. Here’s to several more months on the road!